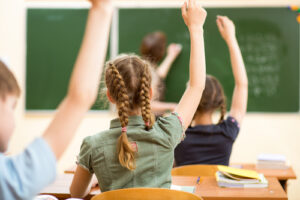 Gun violence in schools is a sad, horrific reality. No one wants to belong to the community of the next Robb Elementary or Sandy Hook Elementary or any of the 14 schools and colleges that have been the targets of mass shootings since 1999. One way to help students, administrators, and parents feel better about their safety is with multiple armed school security guards on campus.

Security guards are the eyes and ears wherever they’re stationed. When they’re working in schools, their jobs are curated to be whatever that school needs. Duties can include the following:

The benefit of using hired school security guards is that you can work together to develop a list of tasks, things that need to be done every hour or every day or at the start and end of the school day. Security guards are prepared to carry out your safety plan exactly as you want it.

Protect Against the Surge in Gun Violence

Security guards can’t protect anyone against a shooter if they aren’t armed themselves. When you have an armed security guard on the premises, they are ready to defend at all times and have a weapon they know how to use that gives them the tools to combat an active threat.

Kids know what’s happening in the world and at other schools. Some of them are incredibly fearful that violence could occur at their school – and, honestly, it could. There is no way to predict where violence will strike next, but the mere presence of a security guard can put anxious students at ease.

Hire the experts who will implement your comprehensive security plan or, if you don’t have one, aid you in fine-tuning the plan so it is safe and strong. Korner Security guards will enforce existing rules and regulations, monitor electronic surveillance, document misconduct, and simply keep your campus safe. Contact us to discuss your school district’s needs and we will deliver.