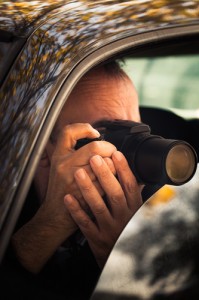 Undercover surveillance is a delicate field of work. When you require the delivery of information on a confidential level, it is paramount to align yourself with a private investigator who can conduct thorough and informative surveillance and also be prepared to produce results that are admissible in court should it be necessary. Properly running, documenting, and reporting surveillance intelligence is critical to the success of a private investigator, and the success of each client’s case. Being able to work fluidly with existing on-site security guards is of supreme benefit to any surveillance case.

The Necessity of Undercover Surveillance

Anyone can attempt to do surveillance, but only professionally trained and experienced private investigators are capable of conducting surveillance that is permissible in court or evidence for action. Coordinating surveillance goals with the work of security guards allows for an even greater level of intelligence gathering.

An individual who wants surveillance conducted on a person or persons is eager for proof of something. Whether the evidence gathered shows inappropriate behavior – or appropriate behavior, as the case may be – having documented, legitimate information is invaluable.

Some of the most typical undercover surveillance cases conducted include:

Every surveillance case requires customized treatment, though the methods with which each case is approached may overlap somewhat. It is up to your private investigator to determine, based on the circumstances of the case and the desired outcome, how the investigation should proceed to produce the most thorough results.

Types of undercover surveillance can include:

Qualities of a Private Investigator

While it may seem like surveillance is something that you could carry out on your own to gather the information you desire, there are demands and challenges in undercover investigations that are better suited to experienced professionals. You may think you have the patience to sit in a freezing cold car all day in Michigan to gather the information you desperately desire, but patience is a virtue. And patience is a unique need of undercover investigators, along with great observation skills, an excellent memory, a focused mind, a flexible schedule, resourcefulness, a strong attention to detail, keen interviewing skills, and the ability to either blend in or stick out, as the case may be.

Undercover investigators are also intimately familiar with the legalities of surveillance investigations, particularly when it comes to trespassing, audio recording laws, and notifying law enforcement when necessary. Private investigators are licensed, bonded, and insured to carry out the work for which they have been trained and hired – leave the work to them and trust that the right private investigator in Michigan will get the results you need. Contact Korner Security for your undercover surveillance and security guard needs.